Join us Thursday 29th April for screening Trash Empire, short film by William Reid. For the post-screening discussion, Kate Urbank from Food Rescue US will join us. We will debate the issues connected to food waste, overproduction and food redistribution. The screening is free, just make sure to register, so we can send you streaming link a few days ahead.
Datum: 19.04.2021 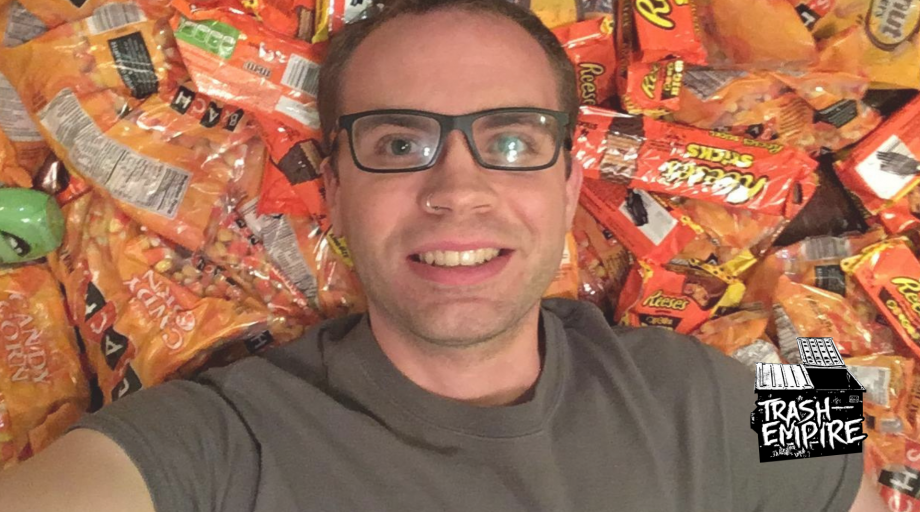 In the U.S, 40% of food produced each year is wasted. Over two years filmmaker William Reid only spent $5.50 on food, he survived off of food from the dumpster. Through his ambitious trash diet, Reid strives to deconstruct the root cause of America’s food waste issue.

Throughout the film he leverages the absurdity of his diet to gain access to key people in government and industry. The question that the movie seeks to answer is how can we provide more nutritious food to people in need and how to reduce overproduction?

Please, register here, and we will send you a link to the screening (for free) a few days before the event.

After the movie, Anna Strejcová, the director of Zachraň jídlo, William Reid (Food Not Bombs) and Kate Urbank (Food Rescue US) will discuss issues connected to food waste, overproduction and food redistribution in the US and Czech Republic. The discussion will be open to questions from public.

Will is a documentary filmmaker who survived on food waste for over two years while producing Trash Empire. He became interested in food justice in 2012 when Houston City Council members attempted to restrict public distribution of food to people in need. He was the first in a series of people at a Houston City Council meeting to speak in support of community food programs, including Food Not Bombs, an organization that recovers and redistributes healthy excess food. Following a move to Washington, DC in 2014, he became a core organizer of Food Not Bombs DC where he regularly recovers, cooks and distributes plant-based food to people in need.

Kate volunteered for the first Food Rescue US site in her home state of Connecticut before moving to D.C. and launching the site there in late 2016. Since then, with the help of hundreds of volunteers, Food Rescue US – DC has kept 3.5 million pounds of healthy excess food out of landfill, redirecting it to the food insecure. She began her career at WETA-TV, the PBS station in D.C., after graduating from Georgetown University and later served as senior staff on numerous state and local political campaigns in Connecticut. Making community connections and being a food waste warrior on behalf of Food Rescue US is now the challenge and highlight of her career.

The event is supported through the Small Grants Program of the U.S. Embassy in Prague.